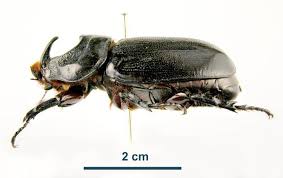 The identification of alien invasive species (AIS) or invasive alien species (IAS) as a distinctly separate set of environmental risks from those posed by plant pests and animal diseases has gained impetus since the development of the Convention on Biological Diversity (CBD) in 1992. The CBD /focuses on organisms that have an impact on the environment – not only on agriculture and other production systems that were the focus of the IPPC and the OIE.

Since the inclusion of the impact of organisms on the environment in the 1997 text of the IPPC, the demarcation between IAS and IPPC pests is blurred, particularly on the subject of weeds that have an environmental as well as agricultural/horticultural impact.

In most countries, the international responsibilities for compliance with the obligations of the CBD have been assigned to the government agency that has responsibility for the environment. This agency, therefore, has the responsibility for identifying risk organisms that will also be of concern to previously well identified animal and plant quarantine services, as well as other organisms, such as ants, spiders, wasps and snakes that were not the primary concern of biosecurity authorities. In the perception of the impact of some organisms, for example crop plants and ornamentals that are weedy in some environments, there is the potential for conflict among the different agencies.

i).  Inspection at entry and exit points

Cooperative administrative and legal systems are required so that the import and export control of organisms that have the potential for environmental impact can be harmoniously addressed at national level. The formation of an inter-departmental consultative committee that coordinates the preparation of agreed regulated organism lists is a priority.

It is the normal arrangement at national level for the biosecurity services at the border to identify and control the import and export of IAS so, for effective control, it is necessary for any IAS list to be included in regulations that cover regulated pests/diseases and organisms. Once this is possible, the control of IAS is the same as that undertaken for plant pests and animal diseases at points of entry, and any interceptions and detections are dealt with in the same manner.

For countries that are parties to the Convention on International Trade in Endangered Species of Wild Flora and Fauna (CITES), the issuing of permits to export restricted species is undertaken by the relevant government agency, which is not associated with the biosecurity system as a line agency.

In view of this, specific arrangements need to be developed so that, if required (and it may not be in all countries), the biosecurity service has the responsibility at the point of export for the sighting of commodities and the verification of the CITES certification in accordance with national standards.

Each national system may be unique to meet national policies and administrative requirements.